The Manhattan DA candidate shares her pivotal policy stances and how she stays healthy on the campaign trail.

Tali Farhadian Weinstein is a prosecutor, a professor and proven criminal justice reformer who's running for Manhattan District Attorney. She is also a daughter, a wife and the mother of three girls. An immigrant, Tali came to America as a child, having fled the violence and anti-Semitism of revolutionary Iran.

After earning degrees from Yale College, Oxford University where she was a Rhodes Scholar and Yale Law School, Tali clerked at the U.S. Court of Appeals for the D.C. Circuit, and at the U.S. Supreme Court for Justice Sandra Day O’Connor. Most recently, Tali served as the General Counsel of the Brooklyn District Attorney’s Office, where she led the design and creation of the nation’s first Post-Conviction Justice Bureau.

The question for me became, 'Why not me? Why not run?'

What made you want to enter campaign politics?

There was never a “moment," but I started to turn my attention to local prosecution after Trump was elected. I began spending a lot of time studying and teaching location prosecution and thinking about leading in this space. I enjoyed being a part of the executive leadership team in the Brooklyn DA's office, and my vision of what this work should look like started to form. I’ve always thought it’s particularly important for women to be purposeful in making a  transition from supportive roles to leadership. Especially when our city and our country are calling for fairness and safety in our justice system, Manhattan needs a district attorney who could take on big organizations and make change, particularly for the most vulnerable among us. I've helped deliver on these issues in Brooklyn and at the federal level, and right now, everyone should be asking themselves whether and how they can step up. So, in the end, the question for me became, “Why not me? Why not run?”

You’re running in a relatively crowded field. What makes you the best candidate for the job?

Experience matters in leadership — obviously true, and even more so as we are seeing failures of leadership in so many ways across the country. In running for this office, it’s good to say what you want to do, but I think much more compelling to show what you have done to expand fairness in the justice system for those who have not received it, how you have led and managed other lawyers in pursuit of justice and how you can draw from your life’s work to turn a vision into reality. I’m also working hard on building a coalition that reflects the great mosaic of communities that is Manhattan, understanding their ambitions for safety, justice and equity.

What’s one thing most people don’t know about the DA position that you wish they did?

I wish everyone understood how important this office is to their daily lives, and how they experience living and working in this city, even when they can't see it. The DA has no boss other than the people who elected her. She alone decides what cases to bring and what cases not to bring, when to prosecute and when to stand down, when to pursue a prison sentence or offer an alternative. It is an awesome responsibility.

Tragically, we now know that while staying home was critical to flattening the curve during the pandemic, staying at home was actually quite dangerous for the women and children who found themselves trapped with their abusers. Especially in a small apartment in New York City, it was particularly hard to do something as simple as call the police without someone overhearing.

Gender-based violence is underreported, under-prosecuted and, I think, misunderstood.

What are some of the first steps you’d take toward a response to the domestic violence epidemic?

We need strategies to make sure that there are more subtle and safe ways for women in high-risk situations to communicate with the outside world and law enforcement. More generally, as district attorney, I will create a new Bureau of Gender-Based Violence, which will report regularly and directly to me, and which will house new Sex Crimes and Domestic Violence Units. Our mission will be to take a proactive, expert and compassionate approach to the prosecution of gender-based violent crimes and to better address the historic hurdles that have prevented victims from getting justice.

One of your campaign talking points is that women need to protect women. Can you tell me more about why women are all too often let down by the criminal justice system, especially in gender-based violence cases?

Gender-based violence (particularly sexual violence) is underreported, under-prosecuted and, I think, misunderstood — particularly because the victim and perpetrator usually know each other. Victims of these crimes report a lack of confidence in the criminal justice system, especially immigrants and noncitizens. These failures dismantle public trust and exacerbate other system injustices. For instance, domestic violence is the number-one cause of homelessness in NYC, forcing 7,000 children to live in shelters every night. We can do better. It’s worth noting that Manhattan has never had a woman serve as district attorney and that less than a fifth of elected district attorneys across the country are women. It’s time we looked at these crimes with a victim-centered, offender-focused practice, concentrating investigations on the offender’s actions and intent and taking seriously the harm inflicted on their victims.

You’re passionate about immigration policies as well, having immigrated to the US from Iran with your family at a young age. How will you ensure that noncitizen women will feel safe reporting domestic violence and sexual violence to authorities?

Immigrants, whatever their status, have the same right to law enforcement protection as anyone else. You’re right that this issue is personal for me — I carry from my own journey as an immigrant an identification with vulnerable people that I think makes me a better prosecutor.  But I think all of us should measure whether we live in a just society by how well we are protecting the rights and safety of the most vulnerable and marginalized among us. And we have to take every opportunity to do that.

You’ve said in a previous interview that you prefer not to use the term “defund,” in terms of talking about the police force. Can you explain why?

I think the word “defund” is inflammatory and not solution-oriented. But New Yorkers — and people across the country — are engaged in a productive and fertile conversation on how to change the footprint of the police, how we can engage people with other competencies like social workers to do some of the work that has fallen on the police department and how to build more trust between the police and the communities they serve. Not coincidentally, those solutions are also the subjects of criminal justice reform. It’s all about learning how we can do better.

It’s all about learning how we can do better.

My daughters are 6, 7 and 8 years old, and my goal on Sundays has always been for me, my husband and the girls to have no obligations, so we can just do nothing together — nothing more than hang out at home, get in bed together to read (we call this our “family read”), go to the park on scooter or foot and make dinner together.

Wash and moisturize my face before bed no matter what — or I will regret it within a few days!

Unfortunately, neither! If I had my way, I would go to bed early and get up late, but since I have to choose, I know I feel best when I get into bed not long after my girls do.

Skip breakfast and then eat the rainbow. I love a gentle version of intermittent fasting and I remind myself that it’s what my ancestors did without having a special name for it.

Skip breakfast and then eat the rainbow.

Crunch Dynasty Exotic Spicy Topping on everything. Trust me on this. Also Sriracha, and I like to carry my own salt in my purse.

How do you take coffee or tea?

Coffee (very light) in the morning, followed by multiple cups of fragrant and sweet black tea throughout the day, because I am Persian.

Everything. Said crunch topping, always eggs, bitter greens, onion in just about any form or iteration and cilantro.

When you feel a cold coming on you…

Tell myself I do not feel a cold coming on.

Resistance stretching. And I loved it.

Words to live by?

Rabbi Hillel: “If I am not for myself, who will be for me? And when I am for myself alone, what am I? And if not now, then when?” 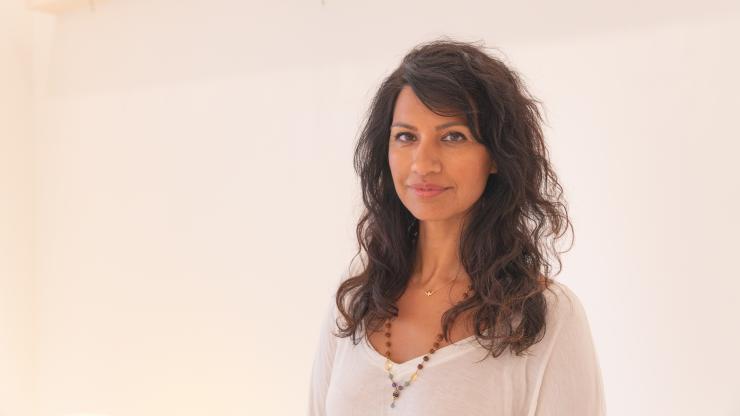 The renowned meditation teacher on healing the past and the key to a good night's sleep. 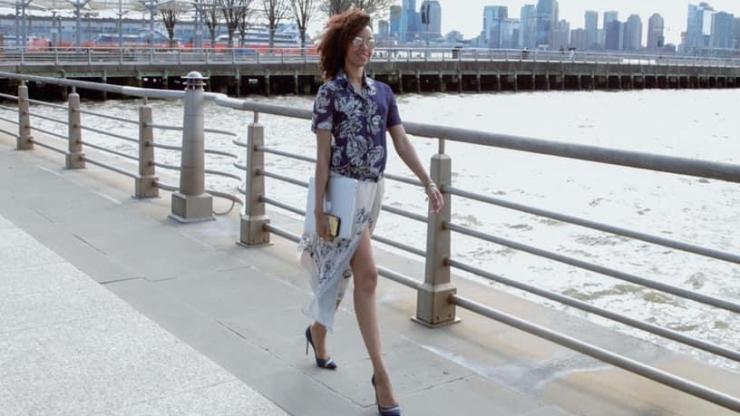 The founder of Pretty Well Beauty, a clean beauty shopping site, shares her wellness essentials, skincare secrets and the words she lives by. 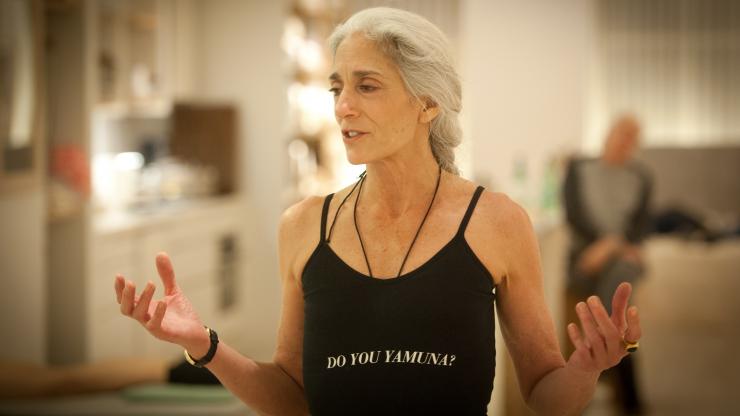