Call to Action for White Women: Know Better, Do Better

If you’re sincerely ready to do the work to end systemic racism and social injustice, read on. I'm a few years ahead on that journey, and I have some suggestions for how you can catch up — quickly. 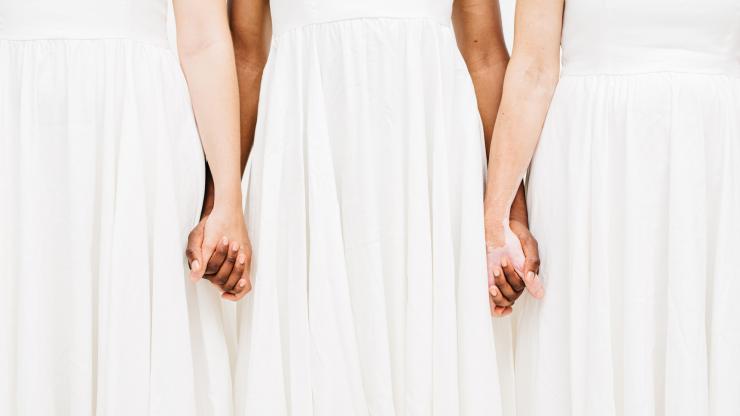 The glaring divide that is the foundation of the American story is hard to sit with. I, possibly like you, can’t pretend everything is rosy while there are people whose names, burdens and joys I’ll never fully know, but who are trapped inside cycles of concentrated poverty and injustice. I was confused about my role in the undoing of this harm and was done making excuses for myself and loved ones when it came to our ignorance.

Instead, I researched, and I listened and I wrote a book about what I have discovered about my behavior in the context of the American narrative. It’s called Raising Our Hands: How White Women Can Stop Avoiding Hard Conversations, Start Taking Responsibility, and Find Our Place on the New Frontlines. What I’m about to share is a small portion of what I now know to be true — and my hope is that it compels you to dig deeper and to consult some of the thought-leaders I have identified.

We* are intimately familiar with competing priorities — the need to protect our own interests versus the desire to leave a meaningful legacy, for example. We want to be everything to all people, but since our overrun to-do lists and lack of a clear path forward get in the way, we just stay in the easy lane, which encourages ignorance and apathy.

Some of us choose to sit out the seemingly unnavigable work of staying in tense conversations with people on the other side of the political spectrum, sifting through contradictory information about an issue we wish would just be solved already, or voicing a lone, unpopular opinion in a crowded room.

But we can’t afford to sit back and assume someone else has got “it” under control. They don’t. If we delegate to a mythical “them,” some government agency or smarty-pants academic, then we’re being complacent, and complacency is the reason so many solvable problems aren’t solved. There is no “them.”

The American white woman is a powerful force — an essential participant — to mobilize on behalf of humanity and our planet.

American white women hold more power than they realize. Proof: We control 85 percent of the share of purchasing power in the United States and more than 53 million white women reported voting in the 2016 election — a larger group than white men or any other voting bloc (to mention just a few stats). But we don’t always own the influence we have. Instead we believe that we are maxed out. And we are — I don’t know a single woman who spends her time just focused on staying hydrated. Everybody has no time.

This is where I take aim at our assumption that if we had more time, we could do more good. Yes, more time potentially means more volunteer hours, but that’s not exactly what I’m asking of you — there is more foundational work to be done. “The work,” as I like to call it, asks us to embrace the exploration of our own identity and our country’s as a way to translate our privilege into active citizenship.

How White Privilege (and Perfectionism) Get in Your Way

Before you bristle, hear me out: People with lighter skin in many countries are arbitrarily seen as more beautiful or more powerful — and this perception grants them more social currency. This is known as white privilege: simply being white gives you an advantage over nonwhite people. Feminist and antiracist activist Peggy McIntosh first wrote about the concept in 1988, citing her experience as a white woman: “I have come to see white privilege as an invisible package of unearned assets which I can count on cashing in each day, but about which I was meant to remain oblivious. White privilege is like an invisible, weightless backpack of special provisions, maps, passports, codebooks, visas, clothes, tools and blank checks.”

In our own neighborhoods, people who are perceived as “white” have unearned advantages because other groups have been systematically marginalized. This can be a really hard concept for white people to wrap their heads around, because until you learn to look out for it, you don’t see it — when privilege is all you know, it can be difficult to recognize. The privileges whiteness brings can vary, but it is safe to say that in mainstream American culture, whiteness is a very specific kind of beneficial currency. The more aware you become of it, the more you notice it everywhere, including in the most surprising and obvious places.

Just take the local pharmacy across the street from my house: The entire selection of “flesh-colored” Band Aids are roughly my skin color and the shampoo aisle has an overwhelming amount of options for white people’s hair (many labels read “for regular hair”). While shopping, I can open a bottle of water or a snack to occupy my nagging kid without store employees worrying about whether I’m going to pay for it. That’s not necessarily the case for black shoppers. (I’ve since stopped doing it.)

RELATED: Step 1 in Being Anti-Racist: Educate Yourself

This doesn’t even scratch the surface of who is, or isn’t, allowed to get their prescription drugs filled at the pharmacy in the back of the store based on who qualifies and can afford health insurance coverage through government assistance programs (59 percent of the 27.4 million nonelderly people who were uninsured in 2017 were people of color).

This privilege is not innocuous — it’s toxic. As we benefit, others are systematically oppressed — and lives are lost. And the more comfortable we are with systems of oppression that benefit white women, the less aware we are of them, and the more deeply entrenched we become within them. When we refuse to question situations that assume white privilege is normal, we tacitly give our agreement. Our children — or anyone who considers us a role model — will absorb the complacency that we model for them.

Let’s look at some of the beliefs and behaviors that might continue to contribute to the cycle of privilege:

Quoting john a. powell, leader of the UC Berkeley Haas Institute for a Fair and Inclusive Society: “We [Americans] still have the language of, ‘You can be anything you want to be. You can control. You’re in charge of your own destiny.’” This is the notion of sovereignty — supreme power, authority or rulership — and it’s a prime trait of white supremacy. In these views, it means that we consider individuals accountable for the conditions and outcomes of their lives, regardless of the bonds and circumstances they were born into.

Another characteristic of white supremacy is a sense that we exist independently of one another and are therefore only responsible for our own actions. That ideology gives people in power — mostly white men — the freedom to worry only about themselves, their professional titles and the digits in their bank accounts, without having to contemplate their impact on other people, let alone make room for them. As a result, white people, particularly those in power, aren’t incentivized to actively confront the inequality of opportunity in our schools, workplaces, and financial and political systems.

White supremacy is the societal structure they want to protect — one we are all swimming in now, whether we agree with it or not, because our laws and societal norms have given white people strong advantages over everyone else.

We Avoid Conflicts That We Can’t Perfectly Resolve

Oftentimes, we let silence shield us from the consequences of not having the ideal solution to a social problem, such as gun control, unless we can perfectly chime in, perfectly explain gun safety legislation, perfectly persuade everyone of our position, perfectly correct anyone’s challenge and then perfectly exit? If we can’t get an “A” on our performance, we’ll be silent — and that silence continues to make way for white supremacy to thrive.

“Why me?!” we ask, when something doesn’t go our way, or when we don’t get something we believe we’re entitled to… which leads to “Why not me?!” and making lists of all the people whose lives — whose money or partner or job or house — we think we deserve. When this only deepens our sense of disappointment, we’re led back to the start of the song: “Why me?!”

Then cue the blame-game. It’s not our fault we didn’t know we had to sign up for a class by a certain date, or that our license had expired so we have to pay that fine in addition to the speeding ticket, or that our focus on sorority/fraternity mixers over our GPA meant we didn’t qualify for that summer internship. But this sense of entitlement, which has its roots in white supremacy, is unfounded. We don’t deserve the bus driver waiting just a few more minutes for our kids or to get the aisle seat we wanted on the airplane. Though our governmental systems can be outdated and slow, we are no more victims of their inefficiency than anyone else, and our wasted time is no more precious than anyone else’s.

This set of behaviors has given us permission to opt in or out of being active citizens. Perfectionism helps us navigate moral ambiguity — or more precisely, avoid having to grapple with it. Moral ambiguity is what we experience whenever there is no clear right-or-wrong answer to a complicated subject. Rather than risk acting imperfectly or admit our confusion — we freeze.

So, I leave you with this, for now: Can we grant ourselves the freedom and grace of imperfection? Because the more we are able to embrace our imperfections, mistakes and even failings, the more we leave the burden of perfectionism in the dust — and the better we can begin to understand how we as a country got to the place of divisive inequity we are in today. And more important, how we begin to do our part to heal it.

When you know better, you do better — and you will.

*When I say “us,” “we,” “you,” or “our,” I am referring to the person who identifies as an American white woman. And when I say “American,” I don’t mean one’s citizenship status — I’m referencing a life experience that people who reside in the United States might have. I intentionally use these terms broadly; they are meant to establish familiar identity markers, but that aren’t meant to qualify or disqualify anyone.

Jenna Arnold is the author of the new book Raising Our Hands: How White Women Can Stop Avoiding Hard Conversations, Start Accepting Responsibility, and Find Our Place on the New Frontlines (BenBella Books, June 2020). She is an educator, entrepreneur and activist named as one of Oprah’s “100 Awakened Leaders who are using their voice and talent to elevate humanity.” Her full bio can be found here. Follow her on Instagram @itsjenna. 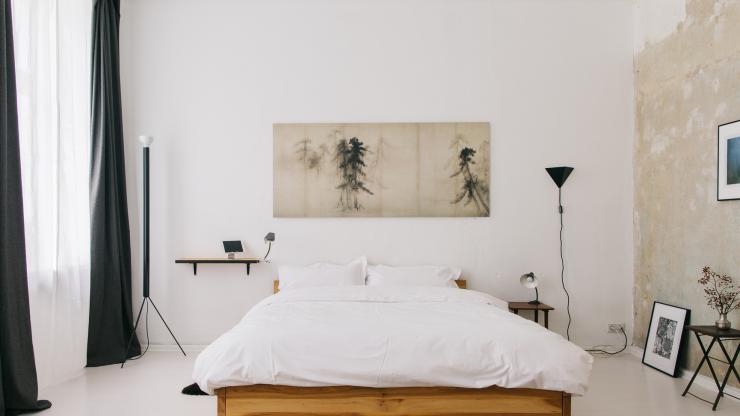 Use Your Senses to Sleep Better

Five ways to set yourself up for a great night of shut-eye. 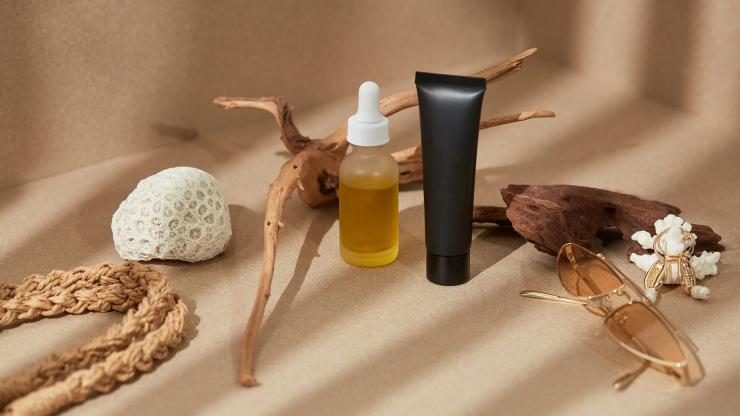 3 Seasonal Rituals to Return to Balance

In turbulent times, it’s especially important to tend to your inner emotions. These time-honored traditions can help. 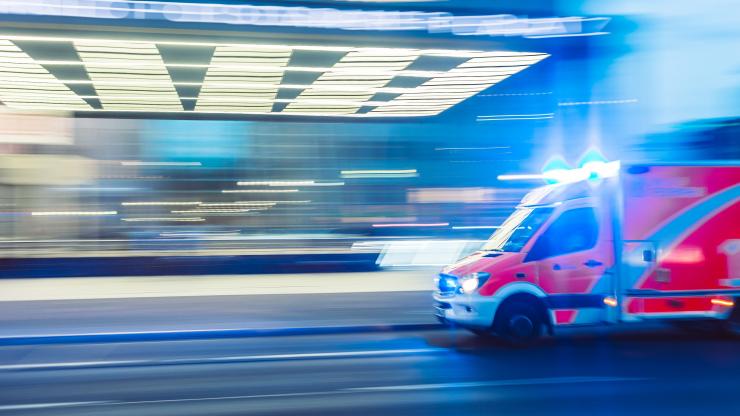 COVID-19: What Leads to the Worst-Case Scenario?

Underlying metabolic diseases fuel severe symptoms, regardless of age. This is an urgent call to action.