A men's retreat facilitator shares what he's learned from countless conversations and observations. 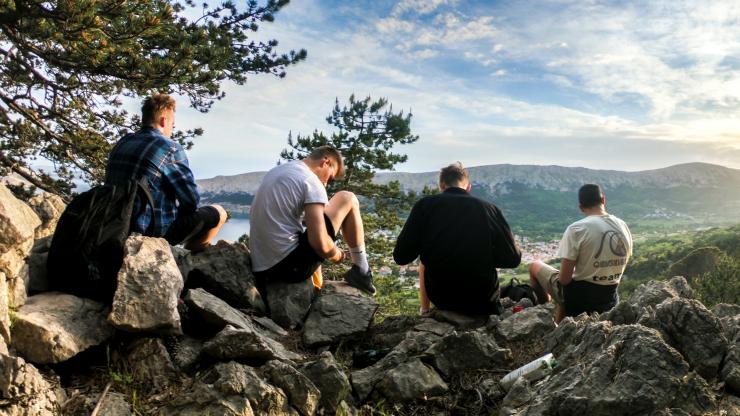 When I was 28 years old, I moved from my bustling Brooklyn neighborhood in New York to Idaho. It was an emergency exit from a very intense year in the city, and I was just beginning to undergo one hell of a personal awakening — even if I didn't know it yet.

On my first trip into Sandpoint, Idaho, a small and beautiful mountain town on a big, clear lake, I stopped in a local coffee shop. Posted on the community board was a flyer for a local men’s group. I called the number immediately. A few nights later I was sitting in a stranger’s living room with 10 other guys. When it was my turn to speak, I froze. My insides were freaking out, and one of the men asked a very simple question: “What are you feeling?”

He might as well have asked me to explain particle physics.

I had intense sensations but absolutely zero facility to feel them, own them or express them. It felt like being screamed at from the inside in a language I didn't understand.

It was terribly uncomfortable, but I innately knew that something important was happening. I showed up week after week, and slowly, little by little, through practice and guidance from the incredible group, I learned to feel. That was the first chapter of my emotional training, which has continued to this day.

The founder of that men’s group, Owen Marcus, had been quietly and powerfully developing a methodology for decades that would help men get in touch with their bodies and emotions. A few short years later, he and I and a couple of other guys founded EVRYMAN, and together we’ve been sharing that same practice with men all over the world.

At EVRYMAN, we believe that repression of emotions and social isolation contribute to harm in the world because it causes men's native empathy, care and love to stay locked away. Our practice melts behavior driven by old paradigms and cultivates humanization.

I share my own story because I want to highlight how truly foreign emotions were to me when I started this work. And I don't believe enough men are aware of how possible it is to make a monumental shift, how near at hand it lies, and how necessary accessing our emotions is for our families, our communities and our world.

Feeling and expressing is a skill that can be taught, practiced and mastered.

Let's start with the burning question: Why are men unable to feel and express emotion?

After 15 years of working with men and a solid scan of available science, I see no single, simple answer. Research has shown that boys grow up with a narrower range of emotions than girls, one in which anger is emphasized (and perhaps even groomed), while more vulnerable emotions are discouraged and repressed. This may have biological factors and/or social factors; the jury is still out. What is clear is that "emodiversity," or the ability to feel and express a plethora of feelings, contributes positively to both physical and mental health in later life.

Another set of studies has shown that both social and neurological factors seem to play a role in men being less emotionally resilient than women. But while this seems to be statistically true, the real question of “why” is not clear.

While myriad cultural and socio-economic factors contribute to the severity of emotional paralysis, across the board there are common denominators. Below are some of the real and pragmatic reasons that modern-day men continue to bottle up their feelings. These seven points below are not inferred from literature, or guessed at from afar — they come from the mouths and hearts of men.

Note that while these points do mostly apply to men who identify as straight, they do not solely apply to men; they are deep human truths that may be just as true for humans identifying as any gender, or genderless.

We are afraid to look weak or incompetent

The value and identity of men has been substantially wrapped up in their performance — getting a job, making money, providing resources for their loved ones. Men have been rewarded for achievement and getting things done, while emotions have been seen as a fatal character flaw in the game of life.

This idea is deeply embedded in our corporate culture, where the reward system is set up clearly for results and the bottom line. In my executive coaching practice, I help leaders let go of old thinking and see that making work more human can actually lead to greater business gains.

We haven't been shown how to feel or express emotions

Men rarely have had a model for what it looks, sounds or feels to be emotionally fluent. Most of our fathers, uncles, teachers, coaches and other mentors stuffed their feelings, so we did too. After bringing thousands of men through retreats and experiences, it is crucial to note that when men are given permission and guidance on how to feel, they are able to do it quickly, and powerfully. Feeling and expressing is a skill that can be taught, practiced and mastered.

My dad is a loving and kind man, but he was not emotionally communicative. Just a few years ago he came to a retreat I led and after 36 years of an uncomfortable relationship, we found and saw and loved each other fully. It was one of the most beautiful and important things that’s happened in my life. Now, as grandpa, he can help lead the way for my two boys.

RELATED: How to Resolve Relationship Conflicts During a Crisis

At EVRYMAN, our method is based equally on physiology and emotionality. We first pay attention to our somatic reality — the sensations we physically feel. This offers a back door to owning our emotions, and it quickly shows how emotions are alive in our bodies, and how uncomfortable they can be.

For example, when anger is present it often causes tension in the arms and jaw, and possibly a flush of heat through the torso or face. Shame can cause a feeling of a rock in the belly or a collapse in posture.

When we practice simple being with these feelings, we can understand that feeling them can be intense, but that with practice men can normalize the experience for themselves. It’s the emotional equivalent to cold water therapy or ice baths. It’s uncomfortable at first, but healthy and beneficial.

Accessing and accepting our feelings can have a domino effect — it has the tendency to open up deeper and deeper layers. Many of us have truths in us that if acknowledged, would surface that our lives need to change substantially. This may not be a conscious recognition, but many of us can feel that opening up to our feelings is a slippery slope.

A simple truth many men have is that they feel disconnected from having a purpose or a greater meaning to their life. They often share that they’re just “going through the motions.” This is a scary thing to get really honest about, but when a man shares it with others, he quickly gets the feedback that he’s not the only one that feels that way. This normalizes it for him and all of a sudden he can own it and start to take action.

The number of men who walk around feeling like they are the only one’s struggling is outrageous. By simply speaking up, they get to escape their lonely island.

An undercurrent of misogyny

Let’s just name this straight up. Fear that coming across as "feminine" is the same as coming across as weak. The truth that every human being is a balance of feminine and masculine qualities is a secret most people haven't been let in on. Male identity has often been clarified by what it’s not, as much as what it is. And the “soft” qualities of nurturing, emotionality and empathy have been labeled as feminine, oftentimes with derogatory language.

RELATED: When Friendship Bonds Break Down

This factor mirrors the last. Fear of seeming "gay" perpetuates men’s stoicism. This not a concern for all guys, but it would be remiss to not get real about this. When I was a teacher in the Bronx, I could see that my male students really loved each other, but any time they expressed warmth toward one another they’d preface it with “no homo.” That was their code word for “I’m not gay, but I l have feelings and I’m about to express one.”

Emotions can be big. They can take over. There is a legitimate fear of the chaos that comes with fully stepping into an emotion. Our minds don’t like it and our egos hate it because we’re not sure if we’ll make it through.

Getting men to feel and express themselves is truly an act of revolution. The wild and beautiful thing is that these abilities are innate and organic in all men — in all humans. I truly believe that upping their emotional diversity and maturity is low hanging fruits when it comes to waking up men and inspiring them to build a more loving and equitable world.

Dan Doty is the co-founder of EVRYMAN and a global thought leader on the topics of healthy masculinity and human connection. He has been featured on the Today Show, Showtime and countless podcasts, including The Joe Rogan Experience and Chris Ryan's Tangentially Speaking. He has been featured in Men's Health, the New York Times, GQ and Harpers. His leadership is at the cutting edge of the global shifting paradigm of gender, power and what it means to be human today and into the future. 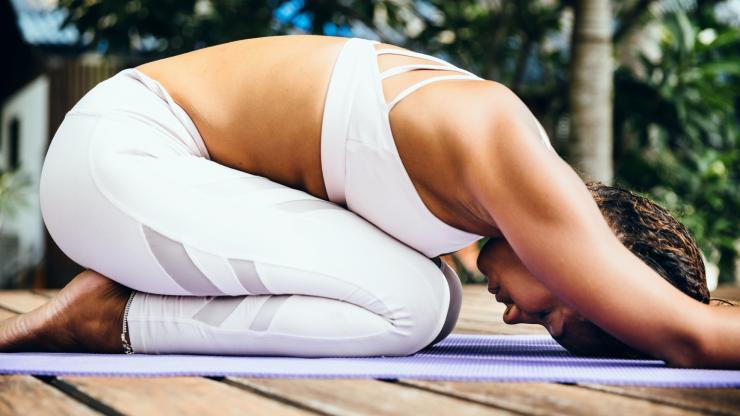 Turn to your body and breath to feel more relaxed in the midst of a stressful time. 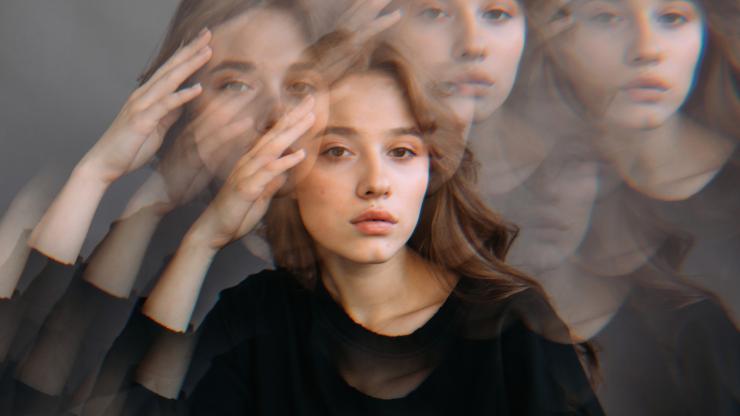 This practice — known as the Emotional Freedom Technique — is a proven stress, anxiety and pain reliever.

How to Start a Journaling Habit

Here's why you should add pen and paper to your mental-health toolkit during tough times.